The Citizens Foundation-USA (TCF-USA) is a USA based non-profit that supports the education of underprivileged children. Starting in 1998, Danial Noorani with others led the effort to build the first TCF school funded by USA donors in Karachi in 2000. Today TCF-USA has more than 20,000 supporters in the USA and a thriving and active community of TCF volunteers active in 30 USA cities. They have now built more than 288 schools across Pakistan educating more than 60,000 children! 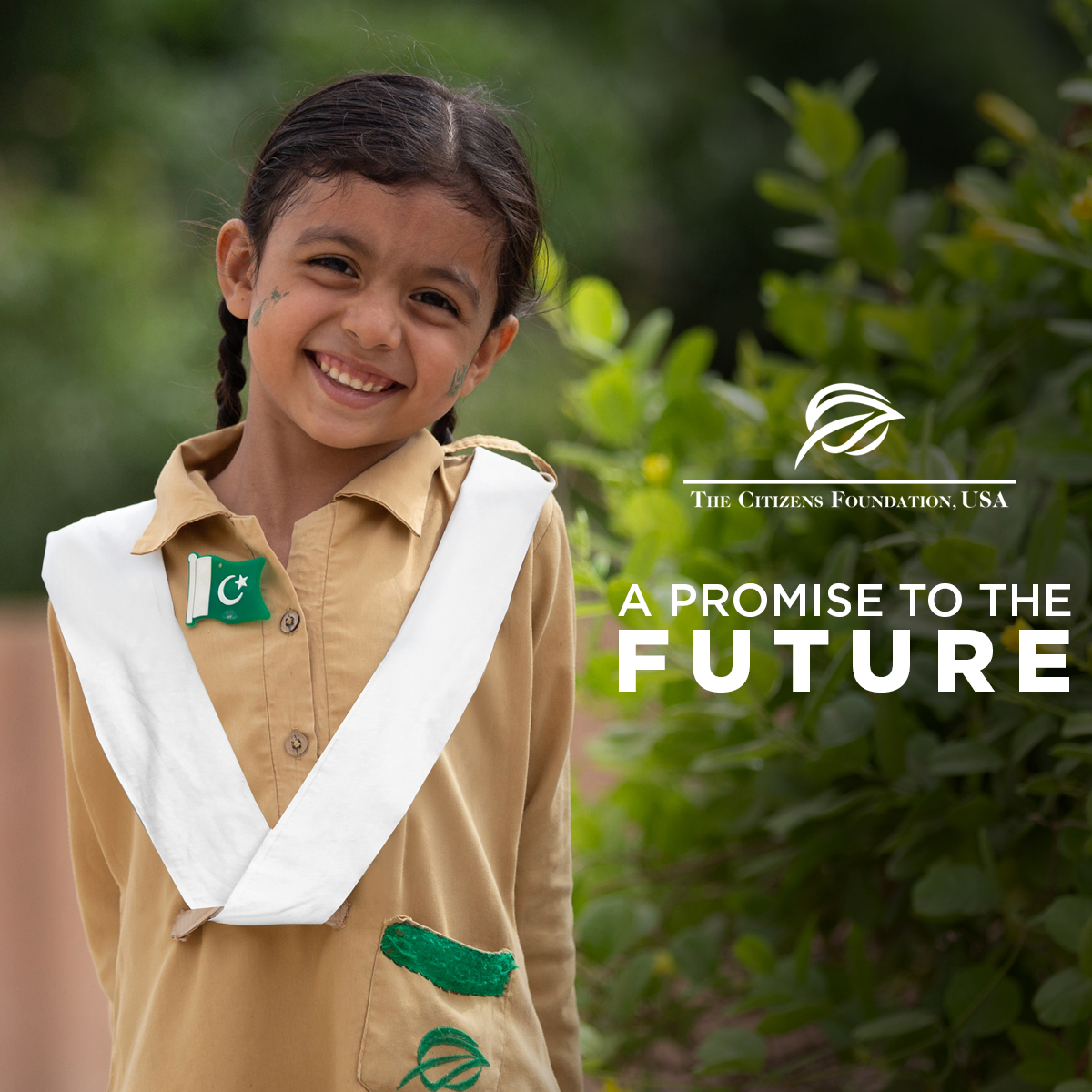 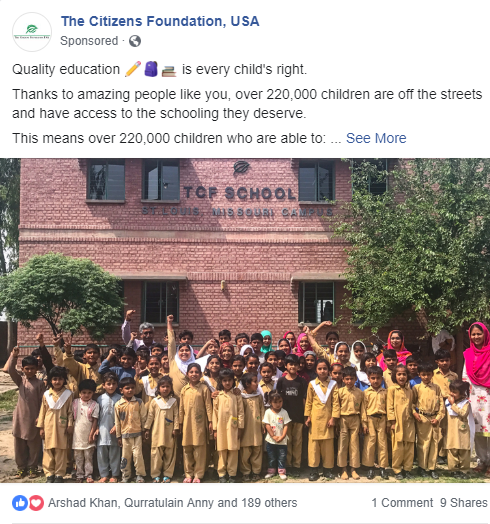 TCF wanted to raise $2 million through their Year End Campaign and they knew they would be heavily relying on Facebook advertising for brand awareness and donations. Including our joint efforts, TCF-USA raised $493,173 in online gifts during the 2018 year end.

Furthermore, we also ran gratitude campaigns. We highly recommend leveraging Facebook and potentially Display for all future campaigns to thank donors for their contributions and let them know more about the impact of the prior year/campaign before asking them to donate newly. The ad on the right generated $15,000+ in donations prior to the campaign even really starting because there was such a positive response to being thanked in this manor.

The Power of Remarketing

One of the most important parts of our strategy was our remarketing campaign. While many people showed interest in donating to TCF’s cause, not everyone who saw our ads were ready to donate right away. So we created remarketing lists to target all users that had reached TCF’s donation page without following through with a donation. Because these users had shown intent to donate, we followed up with a direct ask using urgency as a call to action to get them to give.

We found that when we ended up boosting story posts and turned the strongest performing ones into ads. This story ad on the right performed the best out of the three that ran, bringing in strong engagement and over $16,950 in donations once we turned it into an ad. We also found that our remarketing ads had a 258x ROAS and was the key to our overall campaigns success

The team then created an engagement Custom Audience of its most-engaged donors from 2015–2018, as well as a lookalike audience based on them. We also reached out to people who interacted with its Facebook Page and Instagram feed, people who had engaged with our posts and videos, and a core audience of people who were interested in supporting Pakistan, education, and other related pages.

For TCF we used photo ads and video ads. The video we used in ad allowed us to create and share TCF’s story and mission in a way that engaged potential donors. We also A/B tested appeals of quality education vs appeals to affecting social change in Pakistan. We saw that appeals of quality education resonated more with donors. By combining high quality imagery and information about both the gift and its potential impact, many of the ads performed well.

To keep count of how many people donated as a direct result of our ads, we installed the Facebook pixel on the TCF website and created a custom conversion for the Thank You page that appeared following a successful donation. This allowed us to not only accurately track the amount of donations resulting from our ads, but allowed us to accurately see which ads were performing best and to make tweaks to our underperforming ones, saving us money and increasing our donations.

Each of TCF’s campaigns significantly increased their charitable donations in 2018. Running between November 2018 and January 2019, they achieved:

24.3X Return On Ad Spend for the Year End Campaign

Broke the goal for online fundraising by 125%