How to Create a Successful Campaign Landing Page 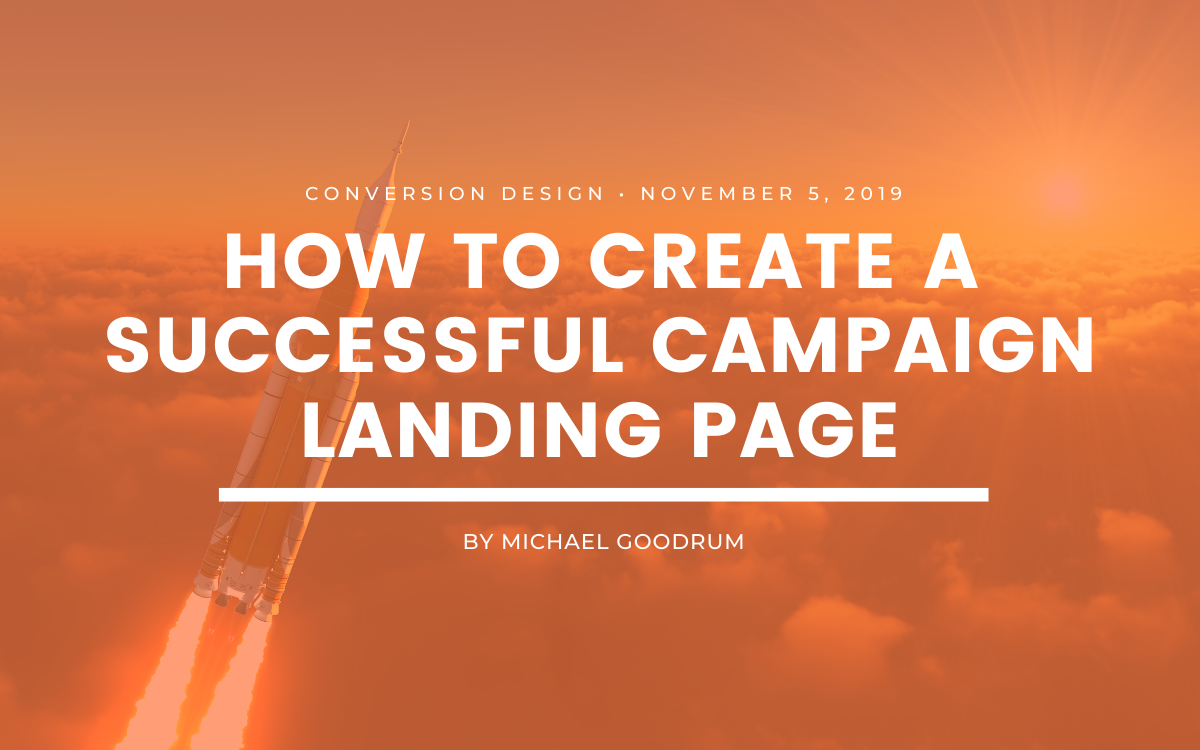 4 min read ✭ In this post, we’ll go over the steps you need to take in order to create a landing page that drives action.

1. Above the Fold Design

Above the fold is the top section of your landing page that people will see without having to scroll. We want to quickly share a sentence about the issue being faced, another sentence about what we’re doing to solve the problem, and lastly a call to action that matches the theme of the campaign, along with a button that allows people to take that action—donate, for example. Ideally, use an image that is left or right justified, so that you can put the campaign text on the other side of the page. That creates a look that we’ve seen success with.

Now we get a little deeper into what the issue is. From a psychological perspective, it doesn’t make sense to go deeper into your solution or start talking about credibility until people who are new to the campaign understand the problem. Here we can give a brief history of the problem, and would be a great place to share any statistics or facts that you think will deeply move people. Also having a moving image here that pulls on the heartstrings helps emphasize that the issue we’re dealing with is serious.

Now that the user is more aware of why they should support the issue, let’s give them details about what their donation will create in the world, and how it will help solve the problem they’re now aware of.

4. Another Call to Action Below the Fold

We love to put another call to action here to make another appeal to the user, ideally accompanying a visual. It’s helpful to have the button call to action be the same, but the supporting text be different than what was shown in the first Above Fold section.

6. Impact Amounts – How You Can Help

By now the user either is interested in giving, or not at this moment. We need to suggest amounts so people have an understanding of what size gift will create what kind of impact. We’ve seen many times that not including suggested donation amounts tied to impact can really hurt the results of a campaign.

That’s it! Once you’ve followed these steps to create your landing page, it’s time to set it live. Campaign landing pages are crucial, especially when it comes to year end, so be sure to get designing early to have them ready.

Have questions about creating a custom landing page? We can help! Click the button below to talk with one of our digital marketing specialists.